After Competition Holiday can be separately arranged by AITMA

This will be an exciting event for all muay enthusiasts.  It is set in the beautiful, historical city of  about1 hours drive north of.It is to celebrate Nai Khanom Tom or Muay Thai day .

On 17 March 1774, Khanom Tom, who had been captured by the Burmese and taken hostage back to , was ordered by the Burmese king to take part in a great festival he was staging.  With the king looking on, Khanom Tom defeated ten Burmese fighters in succession.  This is regarded as the first occasion on which Muay Thai skills were disseminated outside of .  The Burmese king was so impressed with this that he granted Khanom Tom his freedom, also giving him a wife.

To this day March 17th is known as “Muay Thai day” and Khanom Tom regarded as the father of Muay Thai, his statue can be found in the city of . 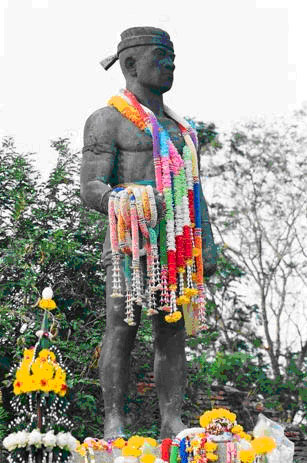